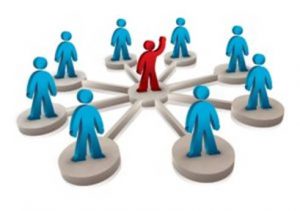 En route to my weekly Sunday morning soccer game, I listened to a fascinating interview on NPR with David Steindl-Rast, a brilliant, 89 year old Benedictine monk who co-founded the Center for Spiritual Studies. He spoke beautifully about the epic, menacing forces around us, from global warming and environmental destruction to global violence, as legitimate, untouchable sources of anxiety. Steindl-Rast references the origin of the word “anxiety” to the life or death outcome of the birthing process. Sliding through that narrow canal is the first of many episodes of anxiety that we face in a chronically changing world. He emphasizes that we must acknowledge and avail ourselves to our anxiety over these forces, but we must not fear them. There is a great difference between anxiety and fear. Anxiety is a healthy, reasonable response to phenomena in our world that should be trusted and embraced. Fear is the resistance against that anxiety. Sounding like a true change consultant, Steindl-Rast goes on to assert that being comfortable with anxiety should not paralyze us, but should create a heightened sense of curiosity, unleash creativity and open up new possibilities.

Ah yes … you probably know where I am going with this. As a longtime practitioner of organizational change, I believe that Steindl-Rast poignantly captures the challenge of the 21st century professional in an ever-changing business environment. So how can we acknowledge and embrace the anxiety of ongoing change in our companies and broader ecosystem without channeling our response into fear?

As change leaders, we have an opportunity and an obligation to help our teams and our teammates minimize their fear of change. We can do this by relentlessly understanding and accurately communicating the business case for change. We can do this by having candid conversations with project sponsors about how peoples’ jobs will be impacted and how best to manage the transition of a department or function. We can do this by assessing the implications of a change to all stakeholders and then engaging those stakeholders in the design of our transition forward. Knowing more about the business case for change, the impacts to the company, the implications for peoples’ jobs, and the likely options ahead may never reduce anxiety, but it will certainly reduce fear. If we as change leaders can help give our people the courage to welcome and embrace anxiety and, over time, pave the way for that ultimate feeling of safety in an ever-changing business world, then we are truly providing the value that our role requires.